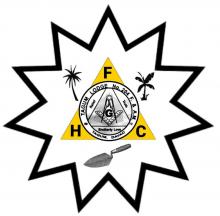 This lodge was named after the city of Tagum, the capital of Davao del Norte, where it is situated. The first name of Tagum was MaGuapo which was derived from the native words mago," the name of a tree, and "ugpo," which means very high. It was only in the 1940's that the town assumed its present name. When Davao was divided into three provinces in 1967, Tagum became the seat of the provincial government of the new province of Davao del Norte. On January 30, 1998, Republic Act No. 8472 was enacted converting Tagum into a city. On March 7, 1998 the conversion was ratified through a plebiscite.

Based on a petition of twenty-nine Master Masons in good standing in Davao del Norte, Grand Master John O. Wallace issued a dispensation on August 8, 1974 authorizing the formation of this lodge in Tagum. At the annual communication of the Grand lodge held in April 1975, Tagum Lodge was granted a charter and assigned number 204.

After the installation ceremonies, the Grand Master and party took plane for iligan where they constituted Ilagan Lodge No. 207

In the 1990’s the members of Tagum lodge embarked on a project to construct a Temple for their lodge. After acquiring a lot, they had the cornerstone laid for their Temple on July 23, 1994.