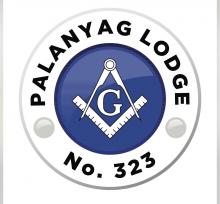 "Palanyag" is the original name of the city of Paranaque that was established in 1572. Among other definitions, this term generally means "my beloved", for as far as its residents are concerned, this best describes their hometown. Another version came from the combination of the two words "palayan" and "paglalayag", the former meaning ricefields of which the city once abounded, and the latter pertaining to the sailing and fishing occupations of many of its residents. This was also a sign of cooperation between the two major working sectors of the town consisting of farmers and fishermen. It was, however, a drunken guest, during a certain affair, who coined the name of the place. He said: "Mabuhay ang Palanyag at ang mga taga-Palanyag" (Long live Palanyag and the people of Palanyag). The name stuck from that day on.

On May 9, 1997, Grand Master Leon Angel P. Bañez issued the dispensation and named Benjamin G. Brown as the Dispensation Master, Nicanor Mangunay as the Senior Warden and Wilthy Benal as the Junior Warden of the new lodge.

On June 28, 1997, Grand Master Bańez, assisted by Grand Lodge officers, instituted the lodge at the Temple of Jacobo Zobel Memorial Lodge in Makati. Palanyag Lodge was not granted a charter during the annual communication held in April 1998. The Committee on Charters noted that since the institution of the lodge its roster did not increase, and so it recommended that the granting of a charter be deferred. The dispensation of the lodge was, however, extended another year.