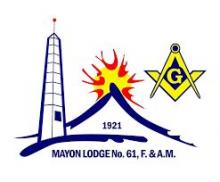 Mayon is a beautiful volcano 2421 meters high whose slopes are fixed on the edges of the City of Legaspi where this lodge is located. Mt. Mayon derives its name from the Bicol word for beautiful, Magayon.

According to tradition a maiden of striking native beauty dwelt in the place. All the young men living in the area coveted her, but she scorned all her suitors. One day she inexplicably disappeared.

Her rich father, Handiong, inquired from all, but none could tell him the cause of her disappearance. Years passed. Handiong, now old, sad and alone, continued to moan his misfortune. Desperate and seeing that his end was drawing near, he cursed nature. This displeased the Lord who decided to punish the arrogance of the old man. He made the volcano vomit fire, rocks, lava and sand burying Handiong and his wealth in the earth's recesses. Since then, in memory of the beautiful maid who had caused so much misfortune, the place of her abode has come to be known as Mayong or Mayon.

On July 12, 1920, Grand Master Rafael Palma issued the dispensation that gave life to this lodge. On January 26, 1921 the Grand Lodge granted it a charter and on June 2, 1921, Grand Master Edwin E. Elser, assisted by Judge Mariano L. de la Rosa, Francisco A. Delgado, Zeferino Arroyo, Julian Ocampo, Fernando Alvarez and other Masonic dignitaries, constituted Mayon Lodge No. 61 and installed its officers in Albay, Albay.The ceremonies were private with only Master Masons in attendance.

The Charter Master of Mayon Lodge was William Clarence Ogan, then Provincial Treasurer of Albay, and among its first members were Rev. Roy H. Brown, who later became the President of Siliman University; Arlington C. Betts, the first Civil Governor of Albay; William H. Pickell, Division Superintendent of Schools; Feliciano Imperial, Mayor of Legazpi; and Benito Trinidad,Judge of the Court of First Instance.

The initial petitioners of the lodge who were conferred the Masonic degrees were Juan Esteves, who later became Manager of the PNB in Cebu, Antonio Buenaventura, an educator, and Manuel Calleja, Governor of Albay.The lodge conferred the degrees upon them with the assistance of brethren from Isarog Lodge No. 33 led by Mariano dela Rosa, a former Justice of the Court of Appeals, Julian Ocampo, a former Governor of Camarines Sur, Mariano Abella and Jose Garchitorena, both prominent citizens of Camarines Sur. On January 27, 1936, Justice Leonard Goddard of the Philippines Supreme Court became a Master Mason in this lodge.

For over 30 years the lodge had no temple of its own and its meeting place was constantly moved from one building to another. In 1957, during the term of WB Domingo Rago, the construction of a lodge temple finally got started. All the brethren generously contributed to the temple fund. Some contributed in cash, others in kind.