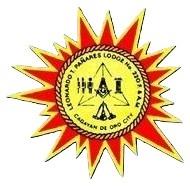 This lodge was organized by Masons who either lived in or near Barangay Bugo in Cagayan de Oro City. They first called it Bugo de Oro Lodge, a combination of the names of the Barangay and City. When VW Leonardo T. Pañares died, the brethren renamed the lodge in his honor and officially assumed this name in 1988. Bro. Panares, a retired military officer, was the moving spirit in the organization of the lodge and was one of the pillars of Masonry in Cagayan de Oro.

The Lodge
This lodge is a joint creation of fifty-six brethren of Maguindanao Lodge No. 40 and Macalajar Lodge No. 184 who took concrete steps to form a new lodge in the burgeoning Cagayan de Oro City towards the end of 1977. On January 6, 1978, the organizers were given a dispensation to form the lodge by Grand Master Calixto O. Zaldivar. On February 25, 1978 the lodge held its first meeting at the Masonic Temple of Macajalar Lodge No. 184 in Cagayan De Oro City.

From that date up to March 31, 1978, a period of only a little over one month, the lodge was convened four times and it initiated two candidates and passed one of them. At the annual communication of the Grand Lodge held in the following moth, the lodge convinced the Committee on Charters that it had complied with all the requirements, so it was granted a charter by the Grand Lodge as Bugo de Oro Lodge and was assigned number 220.
On June 16, 1978, the new Grand Master, MW Desiderio Dalisay, Sr., with the assistance of VW Pedro W. Guerzon, VW Manuel Lee, WB Leonardo Pañares, WB Benjamin Go, MW Esteban Munarriz, WB Melquiades Varias and other Masonic dignitaries, opened a Special Communication of the Grand Lodge at Cagayan de Oro City and proceeded to constitute Bugo de Oro Lodge No. 220. Immediately thereafter the officers of the new lodge were installed.
On June 14, 1986, the Grand Lodge approved the renaming of the lodge to Leonardo T. Panares Memorial Lodge No. 220, in honor of one of the prime movers of the lodge who had already gone to the other shore. Grand Master Reynold S. Fajardo approved the change of name on May 8, 1986.