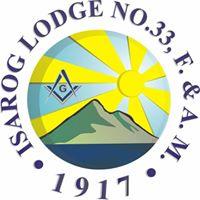 This lodge is named after the extinct volcano Isarog (1976 meters), a prominent landmark of the Camarines Provinces. The Name is said to be derived from the Bikol phrase “Isasa-irog”, or the only beloved.

Isarog Lodge is the oldest existing lodge in Bicol. It started out as a lodge under the jurisdiction of the Grand Orient of France.

It turned out that Pardo de Tavera committed a grievous error when he placed his lodges under the Grand Orient of France. This Grand Orient was under interdiction by the Grand Lodge of England and almost all American Grand Lodges, because, in 1877, it removed from its altar and erased from its ritual all reference to Deity. American and other regular Masons refused to have any Masonic intercourse with the lodges of Pardo de Tavera and their members.

Pardo de Tavera went to Hong Kong to transfer his lodges to the legitimate Grand Lodge of France, but he was only able to transfer Rizal Lodge. Eventually, the lodges which he founded, including Isarog Lodge, folded.

In 1915, Isarog Lodge succeeded in transferring to the Gran Oriente Espanol. It was granted a charter on March 17 as Isarog Lodge No. 376, which it received ill the month of June of the same year. Brother Joaquin San Agustin, a member of the lodge, was then designated as President of the Committee on Installation. He hoarded the vessel Albay on September 15, bound for Naga, where he united with the members of his committee, Doctors Sabino Limkako and Esteban Bueviafe.

Isarog Lodge, for over 80 years now, has taken the lead role in spreading the light of Masonry in the Camarines provinces and has earned for itself the unofficial title of "Madre Logia." Other lodges under the jurisdiction of the Grand

Isarog Lodge No. 33, is the owner of a 900-square meter lot, located beside the national highway in Conception Pequena, Naga City which was donated to it by WB Mariano Dy-Liaco in 1940. In 1979-1980, the members constructed a Temple on its front portion. They are using the back portion as a Masonic cemetery.

In an account of Isarog Lodge written by one of its members, it is asserted that it started during the Spanish era as Triangulo Bicol No. 64 and later became Logia Bicol, under the jurisdiction of the Gran Oriente Espanol. Still later, the lodge historian continues, the lodge became Logia Luz Malaya under the jurisdiction of the Gran Oriente Filipino organized by Juan Utor y Fernandez in 1903. While there is ample evidence to establish the existence of Triangulo Logia Bicol in Camarines and of a lodge under the Gran Oriente Filipino in Nueva Caseres, there is not a single shred of evidence to connect these lodges to Isarog Lodge. The two most authoritative Masonic historians in the 1920's, Teodoro M. Kalaw and Manuel Artigas y Cuerva, write about these lodges as separate and distinct Masonic units. Moreover, Isarog Lodge and Lodge Luz Malaya under the Gran Oriente Filipino were in existence at the same time as separate lodges so they could not be one and the same.