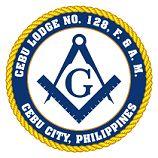 This Lodge was named after the city and province where it is situated. The old name for Cebu is Sugbu.

In the middle of 1950, William C. Ogan, Isabelo V. Binamira, John G. Schaberg, Gervasio Nunez, John Martin and John F. Harstine, all members of Maktan Lodge No. 30, conceived the idea of founding a second lodge in Cebu City: They were, however, short of the necessary number that would enable them to petition the Grand Lodge for the issuance of a dispensation for the organization of a lodge. They therefore convinced other members of Maktan Lodge to make common cause with them. Nicanor E. Santos, Lim Yok Su, Remigio Murillo, Jose D.A. Diao, Vicente Empleo, Vicente Racaza, Go Siong Mit and Sofronio Savellon agreed to join them, so finally, a petition for dispensation was sent to the Grand Lodge. Grand Master Clifford C. Bennett forthwith issued the dispensation authorizing them to organize a Masonic lodge to be holden in Cebu under the name Cebu Lodge. Designated Master of the lodge in the dispensation was Gervasio Nunez.

On January 24, 1951 the Grand Lodge granted a charter to the lodge after it was satisfied that its operations during the six months that it was under dispensation were satisfactory. On April 6, 1951, Grand Master Cenon Cervantes, with a team of Masonic dignitaries, went to Cebu to constitute Cebu Lodge No. 128 and install its officers. The ceremonies were held at the Fil-American Building on Jones Ave. and were very impressive. The officers installed were: John Schaberg, Worshipful Master; Felix M. Sun, Senior Warden; Guillermo C. Aballe, Junior Warden, and Isabelo V. Binamira, Secretary-Treasurer.

Cebu Lodge had a phenomenally fast growth in the years of its existence. This was deemed significant considering that the lodge was established only a few years after the Pacific War and Cebu was then still undergoing a period of reconstruction.

Today, Ceby Lodge No. 128, is a mixture of businessman, physicians, lawyers, engineers, and architects and boast of a sizeable roster.