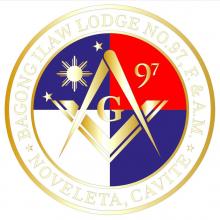 Bagong Ilaw is Tagalog for “new light”- bagong (new) and ilaw (light). The members selected this name as they believed it is symbolic of the true aims of Freemasonry which is to diffuse the light of Masonic wisdom in a world beset with intolerance, bigority and fanaticism.

Bagong IIaw Lodge started as a Masonic club called the Noveleta Trowel Club, composed of civic-minded Masons belonging to several lodges situated near in the Province of Cavite. On October 24, 1924, a small group of eight Master Masons met at the house of the late WB Marcelo G. Alvarez. The meeting was presided over by Bro. Miguel G. Luna, an official of the Bureau of Commerce and Industry, who eventually was selected to be the first Master of the lodge. The group proposed that the Noveleta Trowel Club be transformed into a regular Masonic Lodge.

At a subsequent meeting held on November 15, the organizers approved a resolution to proceed with the organization of the lodge and forthwith drafted a petition for a dispensation. The name "Bagong Ilaw" was selected as being symbolic of the true aims and purposes of Freemasonry.

On November 25, 1924, Grand Master Wenceslao Trinidad issued a dispensation for the formation of the lodge and four days later the lodge held its first meeting. After the lodge complied with the requirements of the Grand Lodge, it was granted a charter on January 17, 1925. On April 4, 1925, the lodge was formally constituted by Grand Master Christian W. Rosenstock in solemn ceremonies held at the elementary school building in the presence of high dignitaries of the Grand Lodge and about 500 curious witnesses.

The lodge started with a membership of only 16 charter members.Over the years, however, its membership grew steadily.

When the war engulfed the Philippines in December 1941, Bagong Ilaw had to suspend its activities. The lodge lost three if its members, including two (2) Past Masters. WB Joseph Ramos and WB Marcelo Alvarez died in the air raid at the Cavite Navy Yard, while Bro. Vicente Famy, a Philippine Army officer, lost his life in Bataan. On December 22, 1945, with the war over and conditions returning to normalcy, the lodge was reactivated.

In 1954 the lodge moved to its present location at Magdiwang Street (now called Jose 0. Salud Street, in honor of the late Mayor who was also a member and once a lecturer of Bagong Ilaw Lodge). Here, the lodge grew in membership. In 1979, several members of Bagong Ilaw Lodge organized Magdiwang Lodge No. 238, originally planned for Rosario, Cavite but now located in Noveleta. The year 1979 also marked the election of Rudyardo Bunda, a Past Master of the lodge (1971-1972), as Junior Grand Warden of the Grand Lodge of the Philippines. Bunda eventually became the Grand Master of Masons of the Philippines in 1982.

Bagong Ilaw Lodge has been true to its avowed aims and purposes: that of a life of enlightenment and usefulness to the community. Not only are its members active in their chosen professions, they also maintain a program of community assistance. They have actively promoted health and welfare projects in cooperation with the Municipal Health unit of Noveleta and various drug companies. Free medical clinics have been conducted as part of the lodge's continuing civic action program. Since its beginning in 1924, Bagong Ilaw Lodge No. 97 has raised many brethren who became leaders in their chosen professions and in the community but, more importantly, the lodge continues to share in the cares and responsibilities of Freemasonry.