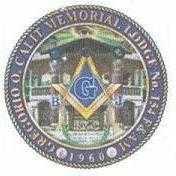 The original name of this lodge was Oroquieta Lodge, after the municipality (now City) where it is situated. According to one version, Oroquieta was coined from the Spanish words "oro" (gold) and "quieta" (peaceful) because it used to be abundant with gold and was very peaceful.

After Gregorio O. Calit died on October 28, 1991, the name of the lodge was changed to Gregorio O. Calit Memorial Lodge. Calit was an accountant and farmer from Baclayan, Bohol. For decades, he was a pillar of Masonry in Misamis Occidental, always ready to assist the needy and impecunious. The brethren of Oroquieta Lodge loved him so much they renamed their lodge after him.

On January 14, 1960, Grand Master Macario M. Ofilada, issued a dispensation authorizing several members of Mt. Malindang Lodge No. 130, Ozamiz City, who were residents of or near Oroquieta, Misamis Occidental (now Oroquieta City), to form a new lodge in the municipality of Oroquieta. Named as dispensation officers were: Leoncio Abella, Worshipful Master; Diosdado Bongato, Senior Warden, and Leon K. Markines, Junior Warden. Oroquieta Lodge U.D. immediately buckled down to work. In its first meeting held on January 23, 1960, its By-Laws were approved. Itching to perform their first degree work, the members secured the permission of Mt. Malindang No. 130, to pass and raise Entered Apprentices Salvador I. Robles and David A. Militante. They next petitioned the Grand Lodge for a charter, which was granted during the Annual Communication held in April 1960. On October 15, Oroquieta Lodge No. 154 was duly constituted and its officers installed by a team of Grand Lodge officers led by Deputy Grand Master Juan S. Alano.

While the lodge was still under dispensation, the brethren met at one of the classrooms of the Southern Capital Colleges. The Colleges, however, held classes on Saturdays and eavesdropping by the curious students was unavoidable. The members, therefore, moved to the house of Brother Gregorio Calit, located along the Capital Drive which he offered for free. Although small, it served well the purposes of the infant lodge.

Several residents of or near Oroquieta filed petitions for the degrees of Masonry, and the year 1960 ended with nine petitioners raised to the sublime degree of Master Mason. Gregorio Calit assiduously assisted the Master, Leoncio Abella, in the discharge of his trust.

In their first election of officers on December 17, 1960, the members elected Gregorio 0. Calit as Worshipful Master, Rufino G. Sera as Senior Warden, Joaquin Kwan as Junior Warden, Salvador L. Robles as Treasurer and Samuel A. Malayang, as Secretary. Except for the Secretary, these officers were repeatedly re-elected from 1961 to 1966. Frank Dinsay occupied the position of Secretary in 1963 and Jose R. Velono from 1964 to 1966.

In March 1964, steps were taken to construct a more commodious Temple. WB Gregorio O. Calit organized the Oroquieta Masonic Temple Association with the following as incorporators: Gregorio 0. Calit, Rufino G. Seril, David A. Militante, Jose R. Velono, Salvador L. Robles, and Vicente P. Olegario. Funds were raised and a building plan was designed. After the Grand Lodge approved it, the construction was started on February 14, 1966. By March 1967 work was finished.

To Greg R. Calit, son of WB Calit, goes the distinction of being the first to be initiated, passed and raised in the newly finished Temple. The Temple is erected on a portion of the lot owned by WB Calit which he donated to the Oroquieta Masonic Temple Association, Inc.

In 1974, the first District Convention of Masonic District No. 25 was scheduled to be held in the Temple of Oroquieta Lodge. Because of the expected big attendance, the members enlarged the Temple by almost twice its length. The District Convention was honored by the presence of Grand Master John 0. Wallace and other Masonic dignitaries as well as delegates from Maranaw Lodge No. 111; Mt. Malindang Lodge No. 130; Don Juan S. Alano Memorial Lodge No. 153; and Dipolog Lodge No. 162.

In April 1976, Oroquieta Lodge hosted another convention, the Regional Masonic Convention for Mindanao, Basilan and Sulu, which was attended by delegates from all the lodges in Mindanao, Basilan and Sulu. The occasion coincided with the constitution of Oroquieta Court No. 11, of the Order of the Amaranth, Inc. Incidentally, its first Royal Matron and Royal Patron were Honored Lady Francisca R. Calit and Sir Knight Gregorio 0. Calit, respectively.

In April 1976 Oroquieta Lodge was awarded the Grand Master's Cup during the Annual Communication of the Grand Lodge. Of the hundreds of lodges under the Grand Lodge, it was proclaimed as the most outstanding.

On November 19, 1981, Oroquieta Lodge, once more, hosted the Tri-District Convention which was attended by delegates from Masonic Districts Nos. 25, 33 and 38. The convention was honored by the presence of no less than Grand Master Simeon Rene Lacson and, like the other previous conventions, was a success.

The lodge has done its share in expanding the presence of Masonry in Mindanao. In 1961, some of its members in cooperation with those belonging to nearby lodges organized Dipolog Lodge No. 162. In subsequent years, the lodge sponsored the formation of two more lodges, Bernardo A. Neri Memorial Lodge No. 214 and Palilan Lodge No. 239. It has also organized Chapters of the International Order of DeMolay and Jobs Daughters.

The lodge has also brought Masonry to the awareness of the people of Oroquieta and Misamis Occidental. On December 19, 1963, a Masonic funeral service was performed for the first time in Misamis Occidental when the Brethren of Oroquieta Lodge and Mt. Malindang Lodge jointly accompanied the remains of WB Casiano Yuzon, Sr., to the place of interment at the Protestant Cemetery of Jimenez, Misamis Occidental. The procession and the ceremony at the cemetery were so solemnly and proficiently performed that many were overheard to have remarked: "Masons, contrary to what other persons allege, are more godly that their detractors." The lodge has also embarked on several projects, such as the distribution of gifts to indigents and prisoners during the Christmas Season, and the giving of donations to schools and libraries .